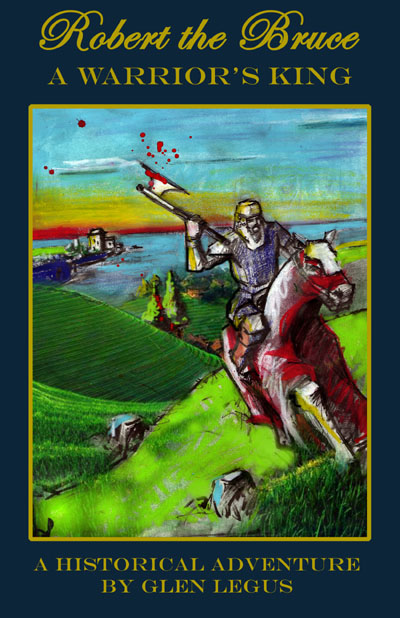 Robert the Bruce: A Warrior's King


“In Robert the Bruce, Glen Legus has created a masterpiece in regards to his depiction of the Scottish Warriors through his usage of poetry. These Scottish Martial Artists (Warriors) have previously been depicted in film, and in print, but never have they shined so brightly as through the eloquent poetry of Glen Legus, a martial artist and warrior himself.

"In Robert the Bruce: A Warrior's King, Glen Legus relates the epic tale of the great Scottish hero and his fight for Scotland's independence in the Middle Ages. The free verse style gives the narrative a lyrical quality that makes an already dramatic story all the more engaging. Anyone who relishes a good adventure story will enjoy this book."

“l am not a fan of poetry or free verse but once I started reading Glen Legus’ Robert the Bruce: A Warrior’s King, I couldn’t stop. This book is a powerful reminder that true warriors are men and women of honor and integrity who are ferocious in their battles, undaunted by their defeats, and compassionate in their victories. If you wear a uniform or carry a badge in defense of your country and its constitution, Robert the Bruce: A Warrior’s King should be the next book you read.”

This book tells the story of Robert the Bruce's struggle for the crown and for Scot's independence after Edward I of England usurped the Scots succession and turned Scotland into an English fiefdom. Robert the Bruce's incredible feats of valor are “incredible” and belong in the realm of "things that only happen in the movies.” Yet Robert’s story is in fact history, and though true his legend belongs with those of Hercules, Achilles, Beowulf, Arthur, and Lancelot.

Robert the Bruce: A Warrior's King